When moving to a new city, there are a few things you instantly notice as being different from what you’re used to. Not too long ago, I wrote a similar post about Madrid. Now, despite being back in Canada, I’ve moved to Toronto, which is a city I’ve never lived in before. It’s considered to be a rather large city, being the third biggest in North America. With several different neighbourhoods, it’s hard to generalize all of them in one post. However, as an Ottawa-native, these are some of my immediate observations regarding Canada’s largest city.

1. People complain about traffic a lot. 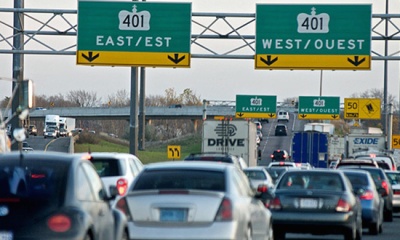 East or West – Toronto traffic CAN be bad.

Before coming to Toronto, I had heard a great deal about how bad Toronto traffic can be. I’ve been stuck in it a few times prior to moving to Toronto, but luckily, my commute to and from work is absolutely traffic-free. Most people, however, aren’t fortunate enough to escape it. Apparently, Toronto traffic isn’t actually that bad, but Torontonians love to boast about how bad it is. In my opinion, it makes no sense that people who live about an hour away from downtown Toronto would drive into the city when there are trains available (I mean, come on!?), but most people don’t seem to make that connection here. I’ve been in far worse traffic (Los Angeles is where it’s really bad!), so I really can’t agree with most of the locals on this one. Sorry, guys!

2. People think the city is way bigger than it really is. 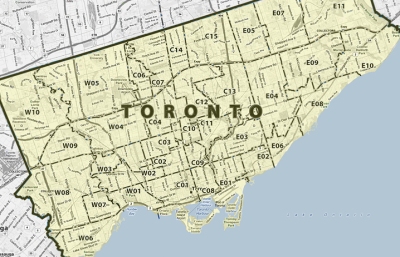 Okay, okay. I get it. Toronto is North America’s third-largest city. Yes, that makes it a big city. No, that statistic doesn’t even include the GTA (and its mega-suburb Mississauga, which is HUGE FOR A SUBURB!). So, I can see why Torontonians think it’s a big city. However, the actual geographical size of Toronto is tiny compared to what people here think it is. My work commute is about 15-20 minutes, which is almost the same amount of time it took me to commute from my house (in Ottawa) to the local mall. And in this case, I’m driving from Toronto to Mississauga, a different city. Downtown is 10-15km away, yet this supposedly makes Toronto huge? Nope. Again, I can’t agree with the locals. While the opposite end of the city can be about 45 minutes away, that still isn’t that big. In terms of population, Toronto is sizeable, but it doesn’t give me an overwhelmingly large feel. This is a good thing, though. 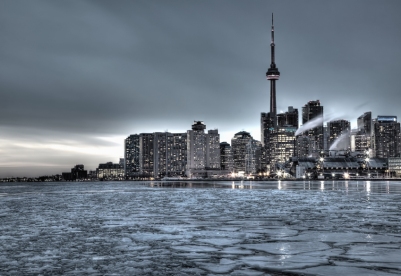 Alright, Canadian winters can be brutal. This is true. I grew up in Canada’s capital city, which is COLD in the winter. We normally get -20 for two-three months. At this very moment, my hometown is in the negatives. Toronto, right now, is in the positives (celsius). While last winter was horribly tragic, most Toronto winters aren’t actually that bad. In fact, most of Canada looks to Toronto as the “lucky city” in terms of its winters (we ignore how mild Vancouver’s winters are, because Vancouver doesn’t get any sun!). As I write this, there’s no snow on the ground here. Meanwhile, the Toronto Raptors’ new slogan is “We The North”. While I understand that Toronto’s the NBA’s “northern” team (not really, because Minnesota Wild is further north, as are many other American cities/teams), Toronto’s schtick as some cold Canadian city is getting old. Most of Canada thinks it’s a joke, and rightfully so. The next time a Torontonian tells me about how terrible the winters are, I will just nod along whilst I really think it’s a bit dramatic. 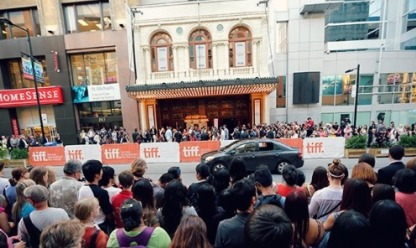 It’s true. Toronto’s a busy city. There are plenty of different social groups, ethnic groups, and even religious groups! Whether you’re a yogi, a sports fan, an artist, a banker, or a person who likes to dabble in different things, you’re in luck. Toronto’s a city with a big ego, but that’s because in comparison to most Canadian cities, it’s got a lot of different events. The city’s known for its music festivals, film festivals (TIFF is HUGE!), film/tv products (Suits is filmed here!), sports teams (basketball, hockey, soccer, and baseball are all covered), and several other things. There’s never a shortage of activities, which is what made it an attractive place for me to move to at this point in my life. Although it’s also easy to isolate yourself from the happening side of Toronto, it’s important to take advantage of all of it while you can! 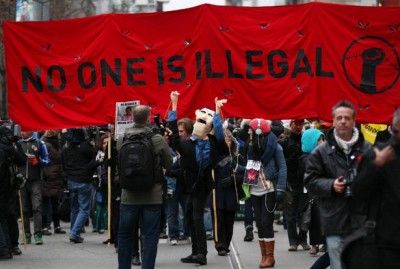 A pro-immigration march in Toronto.

Although I grew up in a city with many different types of ethnicities/nationalities, Toronto is on a whole other level. In fact, it’s been named the most multicultural city in the world by multiple sources. That’s an extremely impressive feat. Canada’s known for being open to immigrants, with Toronto being the first destination for most newcomers. Because of this, half of Toronto’s population was born outside of Canada. Over 100 languages are spoken here. Due to this, Toronto’s become an interesting blend of different cultures. The best part is that many of its residents maintain their roots. While I walk around, I hear different languages, which still surprises me as I’m used to hearing mostly English, French, and Spanish.

One thing I absolutely love is sports. Any city that offers this is given a bonus. I loved that Madrid had more than one soccer team and that it was extremely easy to view their games. In Toronto, there’s an even more varied selection of sports to choose from. For hockey lovers, there’s the Maple Leafs. For soccer lovers, there’s Toronto FC. For basketball lovers, there’s the Raptors. For baseball lovers, there’s the Blue Jays. It’s a great place to be a sports fan, even if the local sports teams aren’t the greatest! In addition, sports tournaments are always happening. I recently went to a World Juniors (hockey) game, and will be going to some Pan Am games this summer. I plan on going to at least one TFC game this upcoming season, and will try to get some Raptors tickets soon!

7. There are a lot of shopping centers. 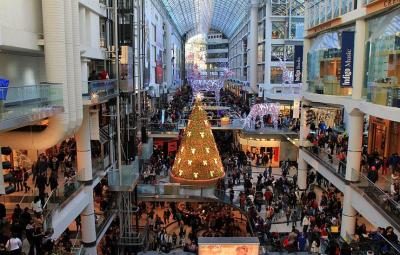 I’ve never been much of a shopping fan, but lately, I’ve been happy to check out some stores. This is due to Toronto’s wide variety of malls, outlets, and boutiques. Within 20 minutes from where I live, I have 10+ malls to choose from. Yes, this includes smaller malls, but the point is: Toronto makes it easy to shop. All of the international brands that I like to choose from are around here, giving me more options. In short, I’m a fan of this.

8. There’s no such thing as the “typical Torontonian”. 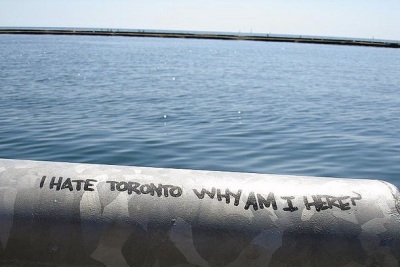 Kind of funny, isn’t it?

Being from a different city, it was normal to hear stereotypes about Torontonians. For the most part, Canadians who don’t live/grow up in Toronto think that people from the city are rude, and/or mean compared to the rest of us. It’s become an inside joke, which can be very true. It can also be very untrue. I’ve come across some extremely impolite Torontonians as well as extremely polite ones. I’ve come across residents who fulfill other stereotypes, and many who don’t. It’s really hard to generalize.

9. Travelling from here is easy. 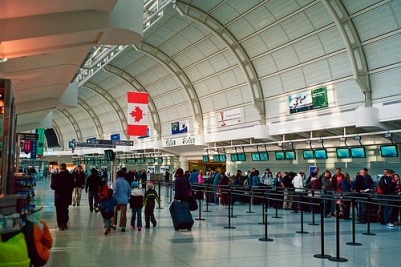 While I’ve only been here for a couple of weeks, being sort of settled in one place has been sort of a shock to the system. Having said that, there are multiple international airports in the greater Toronto area. It’s also home to the biggest airport in Canada (Pearson), which is conveniently located. Because the airport’s a hub for two major airlines here, one of which is Canada’s biggest airline, there are always flights going in and out. This means that flights are generally cheaper compared to other Canadian cities (despite the insane taxes we have here). There’s plenty more to choose from, and because of Toronto’s positioning and international presence, it’s definitely not an expensive city to fly out of. 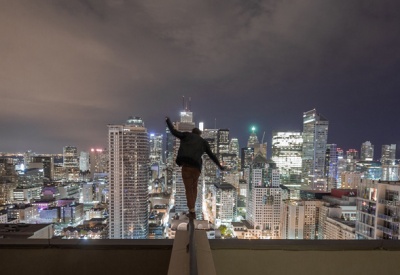 This one’s a bit more philosophical and personal than the others. It’s just as true, though. It’s only been two weeks since I moved here, so this one should be taken with a grain of salt. However, it’s really hard to find a footing here. As a Canadian with immigrant parents (who have legally been Canadians for decades now, however), I can’t compare myself to people who moved here at the age of 5, let alone people who moved here just a few years ago. I grew up with memories of Canada (and the US), not of moving to a new country. So, in that sense, I find myself a little out of place, because my family also doesn’t have a long-standing history here. On the other hand, although I know people in the city, the people I’m closest to aren’t here. While there’s nothing wrong with that (and that’s exactly how it was in Madrid at first), it feels like I’m starting from scratch again. I have plans to explore my options, but unlike in Madrid, I don’t automatically fall under any group. I now have to come to terms with the fact that things are different here, and that I probably need to be more patient in finding my place. This is exciting, but also a little nerve-wracking. Who’s to say what this year will bring, though?

One thought on “10 Things: About Toronto (As a Newbie)”