Have you ever heard the term, “Stockholm Syndrome”? By definition, it refers to a condition where a victim falls in love with his/her captor. The term has somehow been associated with the city of Stockholm (because the term was coined due to an event that occurred in Stockholm). As a kid, I remember hearing “Stockholm Syndrome”, and somehow thinking this was a negative reflection of the city. Although that sounds absurd to me now, there are adults who think Stockholm must be a boring place. Oh, they’re wrong, by the way. 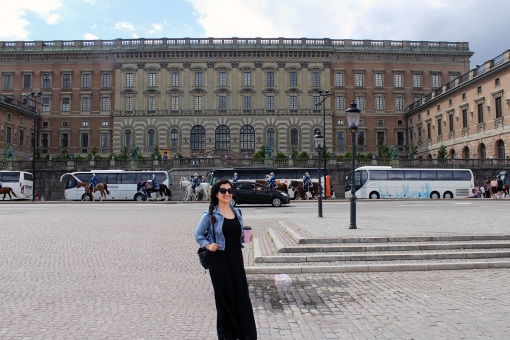 I recently went to Stockholm for the first time, and was blown away. I feel like I’ve always wanted to go visit, but never had the chance to go. So, when I decided to visit a friend of mine in Helsinki, I figured that it would also makes sense to go to Stockholm. After all, it’s less than an hour away by plane, which costs under $100.

So, I went. And I loved it. Stockholm is metropolitan, dispersed, but well-connected enough to get around through the metro system. The people are stylish, which I like. The streets are clean, polished, but still rooted in Swedish heritage. The city is far more ethnically diverse than I expected, which made me feel both comfortable and happy to see all the variety. Still, there’s something epically Swedish about Stockholm. Although parts of the city reminded me of some of the streets in Madrid, I have to admit that Stockholm is a far more upscale-looking city. In fact, the only part of Madrid that reminded me of Stockholm is the area I lived in and loved most (Goya, which is in the neighbourhood of Salamanca). Overall, Stockholm felt more like a city I could live in and get used to. 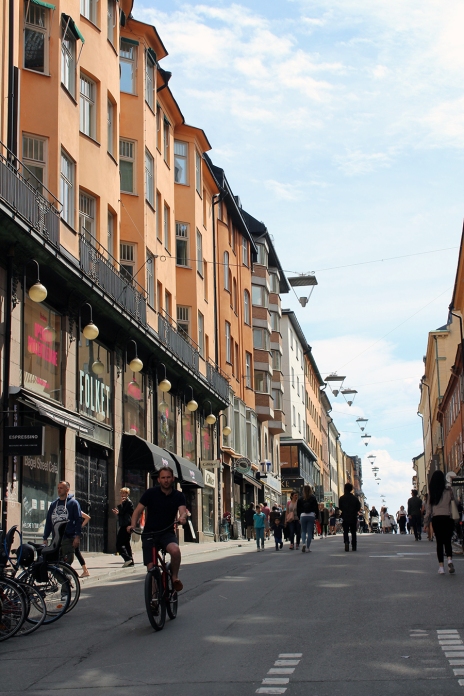 The best part was that my friend – who has been living in Stockholm for approximately 15 years now – told me that the city’s metro system also includes boats. Considering the fact that Stockholm is sort of a set of islands, it makes sense that travel by boat is a normal thing. It was beyond fascinating to see how the various “islands” differed from each other, and how Stockholm seems to have various areas that suit different kinds of people.

I was originally meant to spend an entire weekend in Stockholm, which then turned into a day-trip. Although I really enjoyed my recent three-week stint around Europe, I honestly wished I had spent more time in the city that gave us Avicii. I mean, I’m not a fan of clubs and that lifestyle, but I’ve always liked his music. But that’s beside the point. Why didn’t I just spend the whole weekend there? Now, I know I have to go back at some point, so at least I have that to look forward to!

Cons: Very expensive. And while I got incredibly lucky with the weather (it was sunny, warm, and breezy when I went), I’ve heard that it’s not a sun destination.

More photos from Stockholm below: